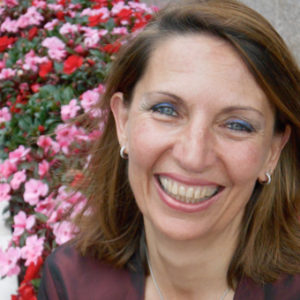 With Hungarian grandparents, Véronique Poltz was born in 1963 near Paris. She began piano at the age of six at the Regional Conservatory of Aubervilliers, where she achieved three first prizes in piano, accompaniment and chamber music. In 1982 she received a medal from the Ministry of Culture. Véronique Poltz continued her studies at the National Superior Conservatory of Music in Paris in the Specialised Solfège and Writing class where she was rewarded with a First Medal and three first prizes. She perfected piano in the A. Cortot School of Music, Paris, and obtained a first prize from the City of Paris in piano accompaniment.

Frequently sought after chamber musician, Véronique Poltz plays in sonata and trio formation. She has performed with Jean-Louis Beaumadier, piccoloist at concerts given in Split (Croatia), Riez, Alboussière and Marseille (France), Providence, Boston, Tuscaloosa-University of Alabama (USA), Milan (Italy). Recently Véronique Poltz has composed a trio ‘Midnight with Pan’ for piccolo, alto flute and piano, which was performed near Birmingham, 25 August 2014, and ‘Icosa Rhapsodie’ for piano duet, commissioned by the 2nd International Piano Duet Competition of Monaco which took place in December 2014.